Cases have plunged in India in a few weeks. True

The New York Times reported on July 30, 2021, that this is a mystery with no clear explanation. But, the drop in cases happened right after a new COVID-19 protocol was released in India. The new guideline includes Ivermectin for early treatment — to treat patients with mild symptoms. The newspaper says a similar drop may now be underway in Britain. False

The drop in the UK is quite different and it isn’t a mystery either. The massive surge in cases was driven by children and young adults. Students were testing themselves two or more times per week. The same child with COVID could be counted multiple times. The last school period went from the end of May up until July 15. The surge in cases started at the end of May and on July 17 cases dropped. The school period and the surge match perfectly.

Hospital admissions keep growing as well as fatalities but still the numbers are small. Epidemiologic Analyses on COVID-19 and Ivermectin

Juan Chamie is a Senior Data Analyst who has been tirelessly researching and spreading the word of ivermectin since early May, 2020. Like the rest of the world, Mr. Chamie closely followed the spread of COVID-19, and his interest in ivermectin was piqued when a doctor in the Dominican Republic used the drug successfully to treat the illness.

Quickly thereafter, a major outbreak in Iquitos, Peru, and local health officials’ successful use of ivermectin to curb the disease, launched Juan’s months-long investigation into widespread efficacy of the drug. Using data as his compass, he showcased his results in stunning data visualizations, and has been using his findings to try to convince health officials and leaders across the world of the positive results of this easily-accessible, highly-affordable drug.

Juan is currently analyzing data of ivermectin intervention all over the globe.

Juan Chamie lives with his wife in Cambridge, Massachusetts. Temporal associations between Ivermectin interventions and drop in COVID-19 incidence. 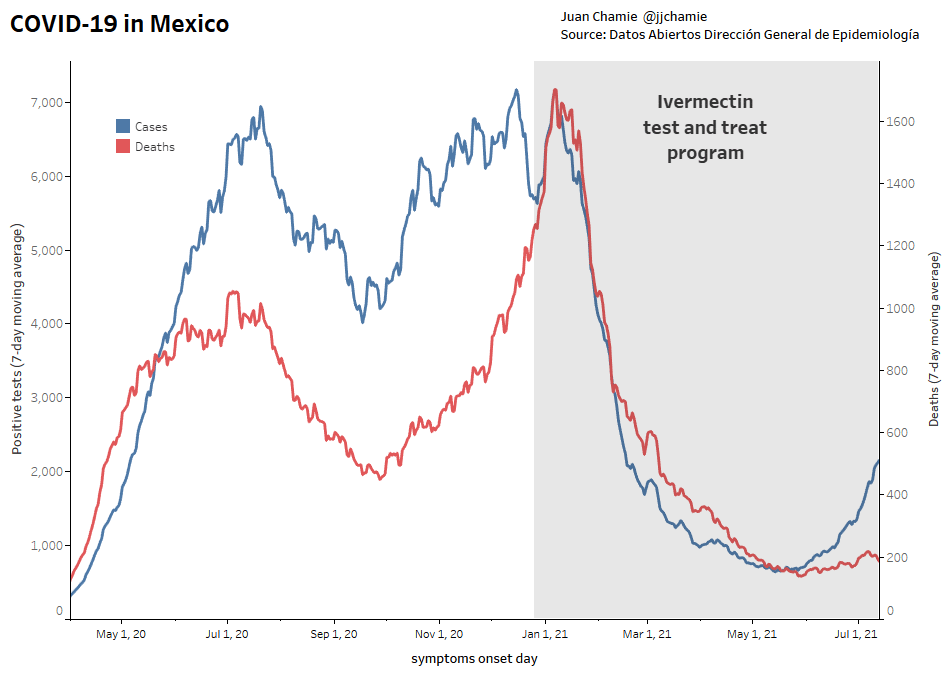 The FLCCC Alliance would like to be able to send you news and updates on important developments regarding the prevention and treatment of COVID-19 in case we have to update our prevention or treatment protocols and are removed from social media platforms. We won’t be flooding your inbox, but do need a reliable way to reach you.

We use cookies in our website to give you the most relevant experience by remembering your preferences and repeat visits. By clicking “Accept All”, you consent to the use of all cookies explicitly. Visit Cookie Settings to enable  individual preferences and learn more about the cookies used on our website.
Read MoreCookie Settings
REJECTACCEPT ALL

Performance cookies are used to understand and analyze the key performance indexes of the website which helps in delivering a better user experience for the visitors.

Analytical cookies are used to understand how visitors interact with the website. These cookies help provide information on metrics the number of visitors, bounce rate, traffic source, etc.

Advertisement cookies are used to provide visitors with relevant ads and marketing campaigns. These cookies track visitors across websites and collect information to provide customized ads.

Other uncategorized cookies are those that are being analyzed and have not been classified into a category as yet.